GERD is 530.81. You just always assume that. But the doctor had actually pre-populated the diagnosis. He wrote GERD – 530.11. So I went and looked it up and I thought, “Oh wow.” You know, 530.81 is esophageal reflex which is – Gastroesophageal Reflex Disease GERD. 530.11 is reflex esophagitis. And so then I thought, “Well, let’s go look them both up as if you haven’t looked, as if you didn’t know what they were.” 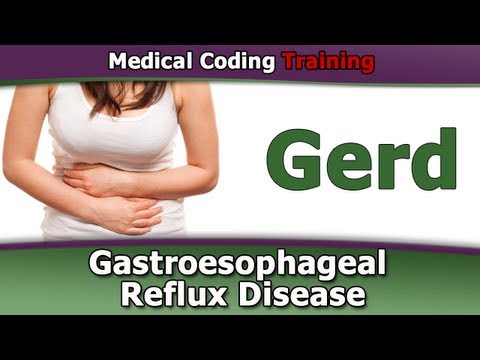 So if we go into the answer… and when I saw this, I thought, “You know, I can’t be the only one that stumbled on this. This has got to be one of those basic questions that when people are learning to code, where the terminology really plays a major role in what you’re looking for.”

Okay so these codes, they get confusing so what you need to be aware of and especially, like I said, if your doctor pre-populates your encounter or they’re using those encounter forms and they you know, diagnose GERD which is Gastroesophageal Reflex Disease… you know, how do you look up this diagnosis in the index?

So the first thing you would do is when you’re looking at this diagnosis, you’re going to look up reflex because that’s what the person has. They have reflex. Where do they have the reflex? It’s in the esophagus. Okay so that’s your 530.81. That’s where the index is going to take you. You go to the tabular and you’ll find that.

Now when you look at the tabular though, when you look under 530.8, the title is going to say ‘other specified disorders of the esophagus’. Okay so you’re thinking, “Well okay, that’s not going to say GERD by the way.” That’s an abbreviation. So then you see 530.81 equals esophageal reflex or gastroesophageal reflex. Okay, like I said, it’s not going to say GERD. You just have to know that’s what it stands for. So gastroesophagitis is actually different. It also has reflex but it’s an inflammation. The key there is the suffix of –itis. And if you remember your terminology, -itis means inflammation. Okay so to be able to use the .11, you have to have inflammation documented. Okay so if he says esophagitis or he gives other indication that there is an inflammation, you can use the 530.11. And actually, what triggered it for me was when I used the Find A Code and I typed in the 530.11 and the additional note popped up and stated that you know, inflammation has to be documented.

Okay so here’s an example. This is almost exactly like what… I remember the report to show. So your patient has… oh well, I can’t remember off the top of my head. Okay, there we go. Okay, patient was seen today with what she stated was heartburn. Tums is given, no relief. She states that tomatoes seem to increase her discomfort. Now she’s getting a pressure, a feeling in her chest. Previous cardio work up revealed no concern and something else. No family history of cardiac trouble. Impression – so this is where he puts his diagnosis. Sometimes it won’t say diagnosis. This is his impression and he says GERD – 530.11.

Okay so some coders will just say, “Okay, he said 530.11. That’s my code.” He goe on to say you know, the plan is what? You know, the treatment they’re going to get. So they’re going to start the patient on… I can’t say the word. It’s like (45.50) but it’s not. One every day times 30 days and instructed to follow up in one month, sooner if symptoms do not improve. Okay, nowhere in that documentation does he nidicate that there’s inflammation. So you can’t use the 530.11. That’s not the right code. The right code’s 530.81. That’s the proper code for GERD. Just because the doctor wrote a code down, you can’t use that. He’s not a coder, he’s a doctor.

So go ahead and scroll down just a little bit. I t hink I have another example. Okay, result for Mr. Green’s EGD revealed inflammation of esophageal lining due to reflex with no ulcer or polyps noted, 530.11. That guy’s got esophageal… gastroesophagealitis. You know, he’s inflamed. So 530.11 is the proper code.

So know your terminology. Know your prefixes and suffixes because they really do play a part in what is the proper code to use. And these are the type of things that will get you on the exam. They’ll give you a choice of 530.11 for GERD and that is not the proper code unless inflammation is used or indicated in the documentation.

Laureen: GERD.. and you don’t want to show anything on Find A Code, right?

Alicia: Well you know what? Yeah, I did. If you… okay, see… let’s see. I think it’s in the additional information. Click that. Where is it? It was something that may pop up and stated specifically that it had to be inflammation.

Alicia: This inflammation is… nah.

Laureen: Was this the code?

Alicia: Yes, that’s right. See right there where it tells you? See how great Find A Code was? As soon as I popped that in because I thought, “Well no, isn’t GERD 530.81?” and looked down there, it says, “Note that code 530.11 should be used if this results in inflammation of the esophagus.” So if I had not seen that, I would have maybe assumed that it was okay. And that was a big heads up. That is not in your coding manuals, ladies and gentlemen. That is on Find A Code. That is not… you’re going to have to write that in your manuals.

Laureen: Yeah, this plain English description has helped me quite often too, I’d have to say. And we’ll be giving you some more info on Find A code and how to get a discount on that. Alright great, thank you. 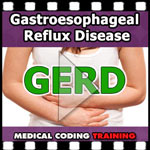