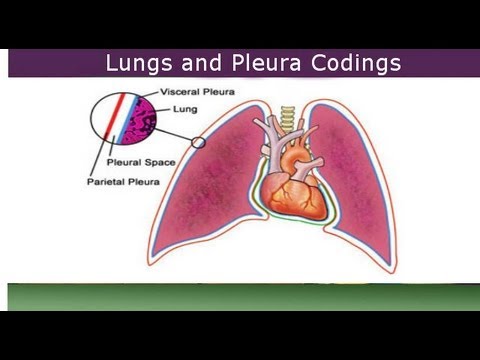 “I would love to hear some discussion on the differences of the diagnostic/therapeutic wedge resections (32666 – 32668) and also the wedge resections/biopsies (32607-32608). There is a lot of confusion with these codes between our coders, surgeons, and auditing department. Many times the surgeons will leave out wording such as ‘complete resection’ or ‘attention to margins’ and we have been told to then code it as a 32608 (for a lung mass) – even though the number of incisions and the rest of the op note and path report matches the description for a therapeutic wedge. The reimbursement is considerably different and this is causing a great deal of stress between departments. I’d really enjoy some information on this!”

So, here’s the answer. It sounds like some physician education regarding documentation is in order – the bane of a coder’s existence. I heard Alicia say that in one of her questions too. So, if the surgeons aren’t documenting what you need, then we really have to get after them. The physicians do not know what’s coming with ICD-10. They’re going to be so hit over the head because we’re going to absolutely not be able to code some things without their documenting certain conditions.

At any rate, I did a search of Super Coder and I found a CPT Assistant article from Sept. 2012 titled Lungs and Pleura Procedures. I grabbed some highlights from it. Basically, what it told us we need to first – there’re a lot of changes in 2012 – so now what we need to abstract for is the surgical approach. Was it a thoracotomy, just an incision? Or thoracoscopy, did they use a scope? That’s key, the approach.

Second, we need to determine the intent. Meaning, was it being done to diagnose a problem or to fix a problem? Diagnostic versus therapeutic. Then, the third thing when dealing with resections, you need to remember that when a resection is done, it will include the diagnostic biopsy and any therapeutic procedure. Like the wedge resection, doing a segmentectomy and lobectomy, pneumonectomy – all of that will bundle in the diagnostic biopsies.

Now, what I did is, I took the codes that were in the question (32607 and 608), and then (32666 – 32668) and I like doing that in Super Coder because I can stack them all on top of each other and compare and contrast. Really, we compare and contrast codes on the board exam but we also do it in real world coding just like this example is illustrating. So, by using a highlighter, I know it’s a little bit blurry but basically we can see three of the codes have diagnostic in it; so that’s one of the things that we said above that we need to abstract for.

Then these first two are just talking about biopsies. The first one is of lung infiltrates and the second one is of lung nodule, so you could tell what you would need to abstract from the documentation there. Then, the remaining three are all wedge resections. The first two are therapeutic, so they’re fixing something; then the last one is diagnostic. So, by comparing and contrasting and using the information from the CPT Assistant article, hopefully, you’ll be able to come up with the correct code. If you know that it’s reading like a wedge resection which is higher RVU – meaning more money, but you’re not really getting clear documentation that the intent was therapeutic to be able to use one of these, or that it was indeed a wedge resection, then you need to do some physician education.

With the codes that we’re asked about, we can see the approach is thoracoscopy; and then next you’d have to determine the intent – diagnostic or therapeutic. And then, here’s some pertinent information from the article, little more expanded versus my bullet points. So, it says: A diagnostic biopsy of lung infiltrate, nodule or mass using wedge technique like a wedge biopsy or a wedge resection – notice this is diagnostic – requires only that an adequate tissue sample be obtained – because again it’s for diagnostic purpose. They’re not trying to remove something, cancers for example. They’re trying to diagnose if it’s cancerous; therefore, without particular attention to surgical resection margins.

So, if you’re not seeing, like the question that was asking stuff about margins, then that’s probably why they’re being advised to kick it down to a biopsy code. I say “kick it down” because it’s less money. Then it goes on to say: Specifically, for diagnostic lung biopsies, the surgical margins may be very close or even involved with the disease process.

So, now, if we compare that with a therapeutic wedge resection, it’s saying that clearly focuses on a complete resection and requires attention to widely free surgical margins. So, if they’re doing a resection, there’s some sort of cancer more than likely, and they’re removing it; it’s therapeutic. So, the documentation should really be clear that that’s what they’re doing. If not, that’s why they’re telling you to code it down to just a biopsy. Querying the physician and showing them the difference between the RVUs and translating that to dollars should hopefully get their attention to document more clearly. 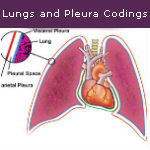