Q:  I am looking for help in fracture medical coding. Is there a good webinar? Suggestions?

A:  Well, first of all, I want you to know we’ve talked a lot about fractures because quite honestly, I just like talking about fractures. So, there are some YouTube videos already out there with comments about coding for fractures in ICD-9 and ICD-10 and you can find those on our YouTube channel MedicalCodingCert. [Ed. Note: http://youtube.com/MedicalCodingCert.]

But now, if it’s something that you’re struggling with and you want a more broad webinar, absolutely we can do that for you. But this is really a broad question so I thought let’s break it down, let’s talk about the terms that you’re going to see often and those key terms are going to be with the fractures and the treatments that are involved. If you don’t know what the medical abbreviation for fracture is, it’s “Fx” and the medical abbreviation for treatment is “Tx.”

The first term that you want to be aware of is open, an open fracture. What that means is bone is sticking out of the wound and that it broke through the skin. This doesn’t mean that the bone has to be exposed the whole time because sometimes the bone will pop out and then go back in, which is also additionally a very bad thing because it allows you to introduce outside organisms and infection into the bone, and if you didn’t know, your bones help produce blood cells, the bone marrow does, and if you get an infection in a part of your body, like the blood, it goes throughout the whole body because your blood goes throughout your whole body.

Another one is a compound which just means the same thing as an open fracture, so you may see the term used is “open fracture” or “compound fracture.” Closed is very simple, it just means the skin did not break; so there’s a fracture and it didn’t open up. Displaced fracture, it means that it breaks through the bone and the bone is no longer align. So, think of a stick and the stick is broken but it’s not in alignment anymore. Then, a nondisplaced is actually opposite of that. It breaks through the bone, but the bone doesn’t move; so there’s a big giant crack in there.

Comminuted means that it’s all kinds of different pieces. And, honestly, I don’t think that that’s the way you say it.

Laureen:        Comminuted. And your fans are saying they’re glad you didn’t have a picture for this one.

Alicia:  We’re not done yet. No, I don’t have another picture [laughs]. Again, that is the way Laureen says, it is the proper way to say it. I just don’t pronounce that properly and I don’t think I’ll ever get that to change in my brain.

The next is traumatic fracture, well that just means a fracture. All fractures are traumatic unless… then there are exceptions, it is a pathological fracture, which is considered a nontraumatic fracture. So, how do you know the difference? Well, it’s quite simple; a pathological fracture is caused by or as a result of disease. Number one disease that comes to mind for me is osteoporosis, because the bone gets spongy and it’s not as dense; so therefore, it fractures.

Another big one would be bone cancer. If you ever watched the C.S. Lewis’ story, after he finally got married and his wife was walking through the kitchen and all of a sudden she just falls and she broke her femur walking across the kitchen, come to find out she had bone cancer. That would be a pathological fracture.

Compression fracture, that happens in the vertebra. Now, what happens is your vertebra are like little blocks that are stacked up on top of each other and there’s spongy material in there and padding and everything. Well, a compression is you take one of those blocks and you smoosh it and it cracks and breaks. It’s usually done because of compression. Very painful. So, the vertebra breaks and then it breaks and collapses, I guess is the easiest way to say it.

Next, you need to know about some of the treatments that are involved and these terms are malunion. Malunion is when your fracture is healing out of alignment. Let’s say this is your fracture and instead of it going together like that [straight], it goes together like that [not aligned], and starts healing. So that is not a good union there, it’s healing out of alignment.

Nonunion means it’s doing this (Ed. Note: Alicia shows her hands separated so that the bones (her fingers) are not together), it’s just not healing. The space is not filling up with the bone scar tissue. 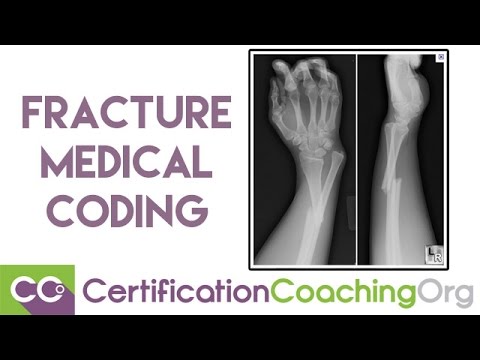 Laureen: Got a question Alicia about a blowout fracture, did you cover that?

Alicia:  A blowout fracture? That is not one that I have ever heard of.

Laureen: It’s my understanding that, like, when you’re in an accident or a very intense trauma, it really literally blows the joints apart almost, it’s really bad. (Ed. Note: Actually it is a fracture of the orbit of the eye. See below.)

Alicia:  OK, so it’s in the joint. That tells me – and then I could look it up and do some research for you and maybe even get a picture – is that certain fractures in certain parts of the bone have specific names that orthopedist and stuff may give them, and that may be a very specific type of fracture, like a fracture that involves the joint, is what I’m assuming. We can definitely research on that, now you’re going to have me go out and look. Oh, did you go find it?

Laureen: I did. Yikes!

Alicia:  Of the orbital bone?

Laureen: It says: A blowout fracture is a fracture of one or more of the bones surrounding the eye and is commonly referred to as an orbital floor fracture.

Alicia:  Results from trauma to the orbital bones. If somebody gets hit, that would probably do that. Yeah.

Alicia:  The problem with that is the treatment that’s involved with that too, if that’s all displaced, they may have to go in and do some work to not fuse that, but they’ll put little metal pieces and plates in there and stuff; so very interesting.

Open Reduction – What that means is that they are cutting open the skin, looking at the fracture, and they’re going to put the fracture back together, put it in alignment and often put pins or rods in there. That’s an open reduction.

Closed Reduction/Manipulation – Where they just go in and twist and move and everything, and put that bone back in alignment. Secure, go x-ray it again, and make sure that it’s okay. That is very painful. That still is sometimes done in a surgical suite because it is so painful and they may have to do a lot of manipulation. So just because they do it surgically or put the patient under, I guess that’s a better way to say it, doesn’t mean that it’s open or closed. You really need to pay attention to your documentation.

Immobilization – That is just when they’re taking the joint above and below and they immobilize or secure the bone so that the fracture can’t move around.

Those are the main terms that you’ll see in documentation.

Moving down now, these are some codes that I thought you needed to be aware of. If you’re going to be dealing with a traumatic fracture that can be found in codes 800 through 829, it’s going to be based on the location – what bone, and stuff. Pathological fractures though are not there, they’ve got their own area. That reminds me of diabetes and gestational diabetes where it has its own little area, the same thing with pathological fractures. It’s going to be 733.1X, but you do need a 5th digit, and the femur is going to be different than the humerus, and that will be your 5th digit.

When you have malunions, now this is after the healing process has started, again that is not in those traumatic fracture codes. 733.81 is malunion and nonunion is 733.82. Then, stress fractures that I mentioned before, 733.9X, don’t think that a stress fracture, because it’s a little crack, is less painful. It can take a long time to heal as well and can be extremely painful.

Last, there’s a late effect codes. Usually you have to have two codes when you’re going to be dealing with a late effect and the conditions are sequenced at 905.something else, you know the digit X.

Then, I wanted to just round this up by showing you some other terms that you may need because it deals with the structure or the anatomy of a bone. When you do that, you’ll see certain fractures are different parts of the bone; so therefore, it’s good to know these terms.

Kendra is asking: “What classes does Alicia teach? I want her as my teacher.” Well, Kendra I work with the PBC course and the ICD-10s and the HCCs and I really like diagnosis coding.

Now, we’re back to our bone. The terms that are the main ones that you need to know are these three in orange at the bottom. Epiphysis is the head; you’ll have one on each end of all of the long bones. The diaphysis is the shaft. A lot of times the documentation uses these words, and so does the coding manuals; so be very aware of them. There are lots of resources out there for the bones, but a little piece of advice that if you don’t know the bones, you really need to know the bones, and you need to know the real names – this is not the skull, it’s the cranium. Things like that. So, I would take the time to learn the bones and their names and where they’re located in the body and that will help you as a coder. 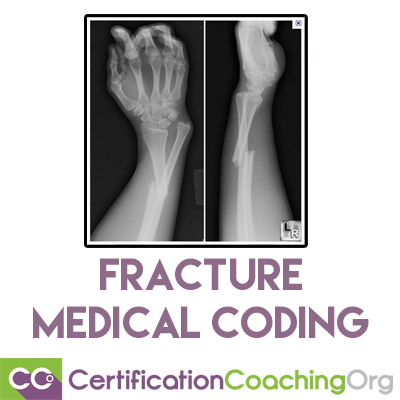