Another ICD 9 CM coding question but this one’s related to sequencing. The student asked, “Is there a rule of thumb to which code should be billed first if the ICD 9 does not state otherwise? For example, 250.40 and 585.3. I understand that but maybe a good example might be dehydration due to flu. What is the rule to bill first? My thinking is you would have the flu before dehydration. But then my overthinking kicks in and thinks that you wouldn’t maybe have an office visit if you weren’t dehydrated. Thank you for your help on this.” 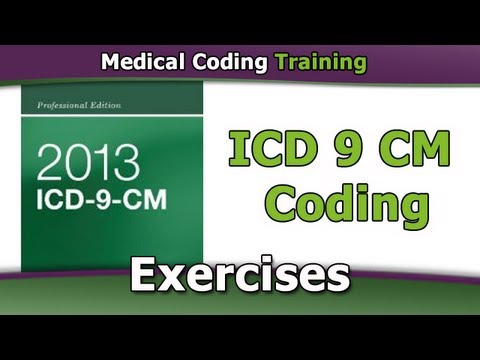 I love that question because you’re really in their mind and you could picture them on the exam or answering a board exam question and going back and forth talking to themselves. So let’s see what I found out here.

I don’t know why this makes me resize it each time but that’s okay. Alright so again, this was another Find A Code look up. I just basically did a search and I typed in dehydration and it brought me to 276.51 and this plain English description helped me. It described what dehydration is but down here, what I have highlighted… let me make this just a bit smaller. It said, “Note: Since dehydration is usually the result of another underlying condition like the flu, either of which may require medical management in itself. Determining code sequencing can be difficult.” So my little note was you’re not alone. Obviously, other people have found it difficult.

And then it goes on to say, “It may be listed first when the physician documents that the dehydration is mainly responsible for the visit and treatment is directed at correcting it.” So my general rule of thumb for outpatient coding is think about the reason they came in the door. What’s their chief complaint? And if that turns into you know, a diagnosis.. maybe their chief complaint was sore throat and it ends up being they have strep throat, you would code that strep throat. In addition too maybe they also have the flu or whatever.

So I don’t think you could go wrong with having either first, the flu or the dehydration for outpatient and physician-based coding. But you know, we’d have to see the documentation to really make a determination which it seemed that the physician focused in on. If most of the documentation seemed to be about the dehydration and the medical decision making was about dehydration, how to get the patient rehydrated… maybe they were so bad, he or she may need to go to the hospital. So that’s what you really should use to help you make that decision.

Some other references are the official ICD coding guidelines. Another is also this great article online I found in doing some research on advanced review the official outpatient ICD 9 CM coding and reporting guidelines. This will be in the transcript for the Replay Club members. But it is on advanceweb.com. You could probably Google for it. And it talks here about first listed diagnoses. I really thought this was really good info here and it actually related to some of the stuff that Alicia was talking about on some of her slides. But that was a pretty good article. It’s related to CCS Prep but it applies to anyone learning ICD coding. 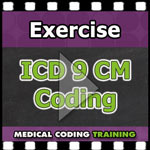