Alicia: Interventional Neurovascular Medical Coding was whew! Oh my word, it was intense, and I wanted to take it because I knew very little about it. They call this doctor, Dr. Z. He, of course, has a whole bunch of coding credentials. He is great. There’s his website, I would urge you to check it out. What I did was, like I said, this was so intense and I was taking notes and just barely keeping up. So, I expected to do a lot of studying in this so that I can bring that stuff that I learned here.

What I did was I took one case that he went over, an angioplasty. Just real briefly: A 28-year-old with a recent… Oh, she’s correcting my spelling and everything. So, this patient had a decreasing mental status via right femoral puncture. A catheter is advanced into the right and left internal carotid and both vertebral arteries. A diagnostic angiography is performed. Vasospasm is seen in the right internal carotid circulation. Intracranial angioplasty for vasospasm is determined to be the best course of action. This is performed in the supraclinoid internal carotid artery, in the right middle cerebral artery M2 segment and in the right anterior cerebral artery. Follow-up angiography at 10 and 20 minutes show excellent perfusion of distal carotid and cerebral vasculature – whew! That right there I really wasn’t getting a picture of what was going on unless you go in and look at some pictures.

So, what he did was he coded this, and this is again why the interventional coding can be pretty intense. If we slide down and look at the codes that he used, it’s telling you – okay, you’re going to use codes 36224 [Ed. Note: (with modifiers 59 and 50)] bilateral selective carotid/ cerebral angiography with catheter placement in the ICAs. And then [36226] Bilateral selective vertebral angiography. You’ve got 61640 balloon dilation of intracranial vasospasm, initial vessel; and then 61641 is balloon dilation of intracranial vasospasm, each additional vessel in the same vascular family. And then they actually did that more than once. 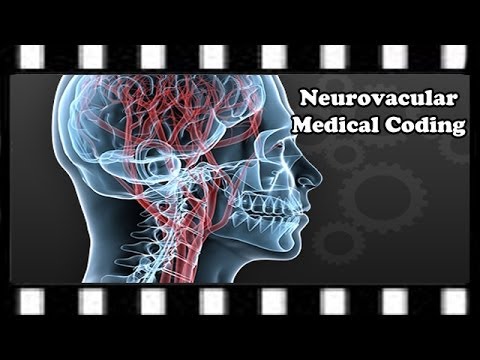 Note that he put on here – and I didn’t know this, 61640 and 61641 are not covered services by Medicare. So, not only do you have to be really up on the verbiage when you’re doing this, but you’ve got to almost be able to picture this and see these vessels to code this properly.

We’re ready to scroll down and I think I’ve got a picture. Got some more information on here… No, OK. He also told us that angioplasty: It no longer – this is a change with ICD-10 – it no longer matters if the intent is to perform a successful angioplasty with adequately sized balloon, however there is a vessel rupture, 30% residual stenosis (recoil, residual) 5mm residual systolic gradient, flow-limiting dissection or acute occlusion. You can only code the stent in 2014. This is a major change from 2013.

So, if you’re doing that, you want to make sure you make a note in your manuals regarding that, but look down here and see what a balloon angioplasty does and what a stent angioplasty does. Literally, the balloon angioplasty goes in and the balloon is inflated and it opens up that artery and pushes the plaque or whatever is going on there out of the way. And then with the stent they do the same thing, but there’s a stent around the balloon which it expands and then they pull the balloon out and the stent which looks like a little mesh wire, or you know that thing that you put your fingers in, the Chinese handcuffs? That’s what it looks like without the colors – yup.

So, G44.53 is the ICD-10 code, but the ICD-9 code it’s actually 339.43 and it’s not easy to find when you look it up in the index. So, there’s a definition of what a thunderclap headache is: Thunderclap headaches live up to their name. It’s grabbing your attention like a clap of thunder. The pain of these are sudden, severe headaches, they peak within 60 seconds and can start fading after an hour. Some of these headaches, however, can last for more than a week. So, this is like having a migraine for more than a week.

Thunderclap headaches are uncommon, but they can be a warning signs of potentially life-threatening conditions – usually having to do with bleeding in and around the brain. That’s why it’s important to seek emergency help.

If you scroll down there’s a picture, the photo. Everyone of those little guys there, those little arrows, is a vasospasm. And then underneath, the bottom of it, it said “thunderclap,” and I thought, “Oh my word.” You have to look that up; you’re going to look up “headache” in the index. Then, I went through it and literally just looked for thunderclap, I couldn’t find it, but then I went into ICD-10 and I saw it just like that; so I thought it’s under headache primary and then indented under thunderclap and it’s the last one listed. So, it’s in ICD-9 and ICD-10 and you will never forget now a thunderclap headache – just clap your hands and you’ll remember it [laughs]. It was really a fun session, but oh my, really humbling, too.

Alicia: And the ZHealth Publishing – great! Really, really good stuff there. I went and look at it, so I encourage you to do that, too.

Laureen: He was on the AAPC board when I was on it, so I got to know him a little bit. He’s a good guy.

Alicia: He was just spewing that information and whew! Like I said, it was just flying over my head, but I feel a lot smarter

Alicia: I only know this much of it. 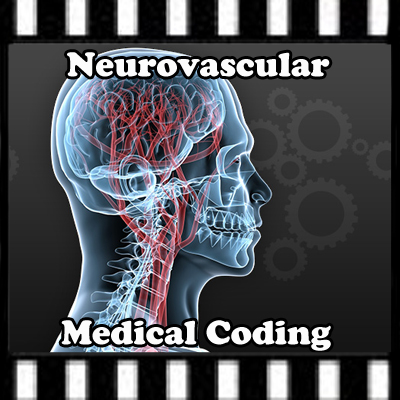