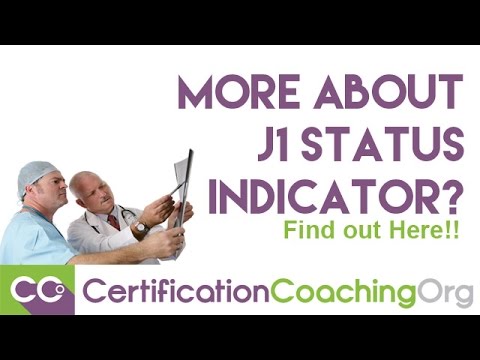 Laureen: OK! Tammy is our instructor coach for our COC course, formerly CPC-H, our CPMA, our medical auditing course, and she’s going to be helping develop some new medical coding courses with us. We’re very appreciative of having her on the team.

Q:  “Any chance we can learn more about the J1 status indicator in a webinar?”

A:  I’m not sure what all you wanted to go over with the J1, so I’ll just real quick; we could be here half the night, I guess, discussing J1 status indicator, or status indicators period. But for those that are not facility coders, and you’re not familiar with what a status indicator is, we use these for payment for reimbursement on the facility side of coding.

Just very quickly, every CPT code has a status indicator that it’s attached to. These are similar to DRGs which I know everybody is familiar with, and where things are broken up into groups, and then codes are assigned into a certain group, and then there’s a certain weight assigned to those DRG groups, and that’s how facilities get paid. It’s a long, drawn out, and very, very technical to go into, which is why I did not want to go into a lot of details today.

But I will tell you that the J1 is new for 2015. It is one of 25, 26, 29; I think they went up to 26 this year, there’s three that they’re still being discussed in this. But all this status indicator is saying is that basically we’re bundling procedures. It’s a new comprehensive code, so they’re not actually APC’s, they’re C-APC is what they’re calling these, a comprehensive APC. These are typically for procedure codes in which we have to use a device, such as, if you were placing a stent whether it be a coronary stent or whether it be a vascular stent. There is a device, the stent itself is the device.

So what they’re saying for 2015 when we code that CPT code, then this J1 indicator is going to be on there saying that it is packaging the device in with the procedure. We still have to code for that device, a C-code still has to be on the claim form, but it’s only going to be one payment. It’s not going to be separate payment, like it has been in the past.

Now, the CMS is not generous by any means, but they did hike it up a little bit to help cover the cost, and in case anyone was ever under the illusion that CMS covers everything, then you’re wrong. CMS only tries to help cover your cost, not make you rich for sure.

If they have procedures, they’re doing a couple of procedures where you have J1 indicators on a couple of CPT codes. What they’ll do then is they’ll bump up to the next highest APC level so that you get paid by the higher rate, but you’re not going to get paid separately, you’re just going to get bumped up.

Kind of like E/M coding, in E/M coding if we have time on our side, if we have 50% more time, then we are allowed to bump up that CPT level, so that’s kind of like what we would do with the J1 indicator. If we have two procedure codes or more with the J1, then we just bump it up to the next APC payment group.

Laureen: Even if we don’t do it, it’s always good to be aware of it out there, so that when we start to see things, like C-APC, we have a familiarity with it. That’s how you start. Here’s your next question.

Tammy: I had a lot more fun with this one. I had to read the question several times before I got the gist of what I hope is being asked here. The questions is a little bit lengthy, and guess what, the answer is too; so bear with me.

(Once again, we’re not talking physicians, we’re talking about facility, and the reimbursements are done a little bit different in those facilities than they are on the physician side).

An understanding from reading both the CPT, CMS manuals and AMA Coding with Modifiers, is that the first bilateral procedure is allowed 150% of billed. In the case of an ASC, they each side on separate lines, using RT, LT instead of modifier 50. This is borne out by received claims.

(Evidently, this person has been following a 50 and they come back from the insurance carrier, saying they need to [set the right – 0:24:37] amount by RT, LT. I don’t do that in my facility, but that’s fine. You can do it either way you want to unless Medicare says different).

The reimbursement is then 100% of the allowable for the first line and 50% for the second line. No problem there. That easily applies to a bilateral procedure be it the only procedure on the claim or if it is the primary procedure on a claim with other procedures that are eligible for a multiple procedure reduction. In either case, we would only apply the bilateral logic.

The issue comes when the provider bills multiple bilateral procedures on a single claim in which case shouldn’t the reimbursement expect to be only procedures subsequent to the primary (whether it be a single or bilateral) first you apply the bilateral reimbursement and then the multiple procedure reduction.

(I got lost myself on that one. Sorry, guys.)

Laureen: No, it’s just the question.

Tammy: I know! That wasn’t even mine yet.

A:  Bottom line, what she’s trying to ask is wouldn’t the bilateral procedure, basically… because reimburse that 50%. Actually, the highest thing that gets paid on there, and no, not really, when you’re talking outpatient facility coding, our bilateral procedures are treated like a multiple procedure, so we can sort of want to forget that there’s a 50 modifier on there, which is why that RT, LT came into play. Every CPT code has its own line. We do, I do line coding.

How this would work is you take your codes and then you’re going to pay the first one at 100% and then each code after that at 50%until you get to where they reduce it to 25. Basically, if bilateral procedures with a 50 modifier equals 150%, if you took a bilateral procedure, broke it out two lines (RT, LT) you’re still paid at 150%, because you’re going to get paid 100 for the first and 50 for the second. Given that we’re really doing multiple surgeries, then we’re going by those payment rules, the highest single rate is going to be paid at 100%.

I gave a couple of examples hoping that it would help to understand what we’re talking about here. These are just examples and the fees are just there. It didn’t come from anybody’s fee schedule. 20605 – If we were going to do that bilaterally, the fee that you see there for $40 isn’t for two, it’s for one. If you look at code 20610 and we only did that as a single procedure, the allowed amount for that one is $50.