Laureen: This is one that we’ve actually had in the queue for awhile, and I’ve tried to research it and I’ve asked several different people. So, if anyone in the chat knows the answer to this better than what I’m about to provide, please feel free to let us know.

Q: Diana asks – “I need help determining which HCPCS level II code to use for ‘Five surgical team members meet with patient to determine a treatment course.’ Would it be a G code?”

A: This is what we found. Basically, I said this was a toughie. All we could find were these two S codes: S0220 and S0221- Medical conference by a physician with interdisciplinary team of health professionals. And the difference was approximately 30 minutes versus approximately 60 minutes.

These are private payer codes. If you turn to the S section in your HCPCS Level II manual, it will tell you that these are not payable by Medicare. So, that’s one caveat to even using this. Then it would really depend if the patient was an inpatient or not. 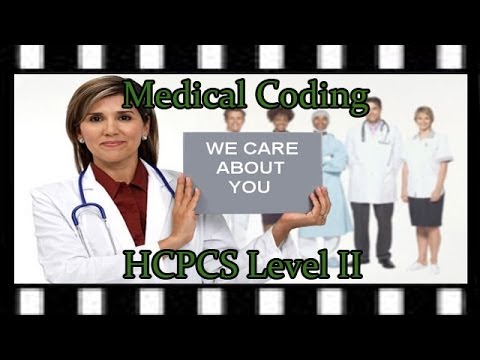 I know back in the day when I used to be an occupational therapist on a rehab unit, we would have this interdisciplinary team meetings, but the patient was an inpatient; and so we were talking about they’re discharging them or transferring them to a different level of care, that sort of thing. So, I was kind of getting the sense in reading this that the patient wasn’t an inpatient. I guess, I’m just inserting my own filling-in-the blanks here that they were an outpatient coming in getting consult, if you will, or a meeting. But if they were an inpatient and they’re private pay then you could probably use these codes.

And I ended with: The only other thing I would consider is if the above didn’t work (like maybe they were Medicare) then you might want to consider that that pre-meeting work is going to be bundled into the eventual surgery codes that they’re going to be billing.

You could also consider doing an outpatient E/M based on time – like the rule for coding based on time is if counseling or coordination of care dominates the session. So if it was documented that way then perhaps you could go that route.

That’s really all I had for that one. I don’t know if we’ve got anyone jumping in the chats here.

Alicia: I don’t see anything.

Laureen: OK. Then I don’t feel so bad… There you go, it just goes to show that not everyone knows all the answers, we really try but sometimes I think the answer is just certain things aren’t billable they’re going to be bundled.

Alicia: Camilla did have a point here, she points: I do physician billing for surgeons and orthopedics, they see something other than postop. She can append to 25 in addition to a 24 when procedure is done on the same day of visit. Not related.

Laureen: Yeah, I’m assuming if there’re five surgeons this is going to be a “big hairy deal” surgery.

Alicia: Yeah, that looks good. And you know what, some of them maybe payer-specific. A payer may want it done a certain way versus another payer too. That might be something to inquire, don’t you think?

Laureen: Uh-huh. But that’s probably the G code they were looking at.

Alicia: Hey, we’ve got smart people on our webinars.