We had a question come in about coding difficult Op reports. Actually, they didn’t give us an Op report to use as an example, but this is what the person have asked about this, was struggling with.  What I did was I pulled out, I found an Op report, it was too big, was taking forever we didn’t want to read it. So, I just took out the Postop diagnosis in the procedure performed and thought we would just go with that.

Q. For your Postop diagnosis, we had status post coronary artery bypass grafting and aortic valve replacement. We got a postoperative course complicated with respiratory insufficiency and chronic renal insufficiency requiring hemodialysis. The patient developed sternal dehiscence and required rewiring – that’s everything that happened, it was pertinent to postop. 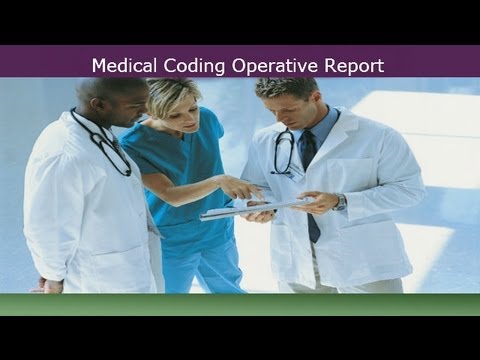 So, what did they do? They did sternal rewiring using Robicsek technique, insertion of irrigation system catheters with mediastinal and right pleural chest tube, bilateral myocutaneous pectoralis muscle flap advancements, and insertion of a new right subclavian vein Quinton catheter for hemodialysis. Now, notice that they said “new right subclavian vein” – that means the person was on hemodialysis before.

Now, key terms, for ICD-9, these are the things that you want to pull out of that. This person is post CABG, post valve replacement, complication respiratory insufficiency, chronic renal insufficiency, dialysis status. Now, when you have dialysis status, when you first read this, you may think, “Oh, he required dialysis, was he started on dialysis?” Now we know because it says “new right subclavian” catheter was put in. He was on dialysis before. And sternal dehiscence.

Let’s look at the CPT, the part that she was having problem with was which codes should she use? It was going to be 15732 – muscle, myocutaneous, or fasciocutaneous flap, head and neck. Then, it gives you what muscles are involved – sternocleidomastoid, levator scapulae. And the plain English description: “The physician utilizes a graft of muscle, muscle and skin, or muscle fascia and a skin flap to repair a defect.” That’s actually what they’re doing. “The flap is prepared from the donor site,” so whenever you’re doing this type of thing, you’re going to have to also work on, there will be things that you’ll work up from the removal of the donor tissue and the repair of the site that the donor tissue was removed from.

OK, that’s where she was having the trouble with, the complications, what do we do with that, what codes to use? But, you also need to pay attention to the tube insertions that were done and the hemodialysis catheter when you go to code this. But that’s how you pull up information, kind of a brief synopsis of pulling out from the postoperative diagnosis and the procedure performed. When you’re doing Op reports, you want to look at the preop diagnosis and the postop diagnosis. Often they’re not going to change, but they can change so you’ll be coding off the postop diagnosis. 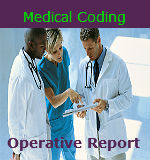