Q: In E/M, in Medical Decision Making, Number of Diagnoses (New Problem) Maximum 1. What does this mean? Can someone explain this to me? Thanks. 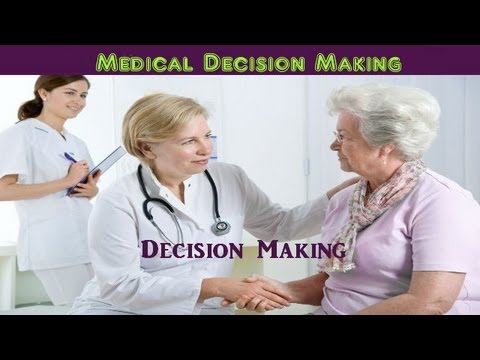 A: What I did is, I did a quick grab from my CPT manual. I believe this is on page 10 of the 2013 CPT? But basically, the AMA prints this table for you. When they tell you to figure out the history, the exam and medical decision making they’ve got in the guidelines how to do it. It’s a little difficult to understand because it’s just text, but at least this is when they try to put in the table format.

So, what can you start to see, they literally have three columns here. This first column is: Number of Diagnoses and Management Options, which we abbreviated DMO. The second column is: Amount and/or Complexity of Data to be Reviewed – and we call this the DATA column. The third one is: Risk of Complications and/or Morbidity or Mortality. We call this the RISK column. Now, when you read the guidelines, you’ll see that it tells you that you need 2 of 3 of these to get a score, if you will. Remember, this is just one-third of the E/M puzzle if you’re coding based on the HEM (history, exam, medical decision). This is the medical decision making piece.

We’re looking to see if this a straightforward medical decision making: low, moderate or high? Then we’ll take that and factor in with the history and exam to come up with the overall E/M code. So, for right now, just focusing in on medical decision making, if in reading the documentation you determined that the number of diagnoses was limited, and the data was moderate, and the risk was low. Actually, let’s make it moderate. So we’ve got a limited, moderate, moderate. Accorded this 2 of 3 because we have two at the moderate level of complexity, we can drop this limited one because it’s a 2 of 3 table. We need two of the three of these columns.

Now, if it was a limited, limited, moderate, we don’t have enough. We have to code it low complexity because we only have one at the moderate level. So, that’s just an overview of how to do the scoring. Because of this, of all the E/M things that you can, like history is fairly easy to read the documentation. Go check, got it, check got it, check got it. Medical decision making is more nebulous. Like, this is the problem, what are we talking about here? She is reading somewhere: number of diagnoses, (new problem) maximum 1. That’s talking about this column here: number of diagnoses. So what these auditors tried to do is come up with these tools to make this numerical or easy way to categorize. They have a scoring system; so instead of saying minimal, limited, multiple, extensive, they’re using numbers. If it’s a new problem, we’re going to give it a score of 1.

Let me show you an audit tool, this is what we had handed this out at the AAPC conference. I don’t think we have this as a giveaway yet. Remind me if we do, Alicia. At any rate, this is from an audit tool I’ve used for years when I do E/M auditing –

Alicia: I think that is the one that’s in your free giveaways, I think it is.

Laureen: On the website? I know we did at conference. I don’t know if I actually made it –

Alicia: Yeah, it’s on there.

Laureen: OK. So you can go and actually get this tool. And hopefully this is showing up okay but the top part here is taking about the history. This little teeny part here is for the exam, and then the whole rest of this 8.5 x 11 page is dedicated to medical decision making.

What I did here on the slide is I looked at Box A, Box B, Box C, which is over to the right so it could fit. And then Box D is where you calculate everything. So just keep that in mind – and this will be in the answer sheet as well. This is just a screen grab of these pieces.

So what they do is they’d add up all of these totals and come up with a number and carry this down to that score box here. Then let’s say we got a three, well then they would circle three. They’d go back and do the same thing for data and the same thing for risk. The question, the person was asking was about specifically this number of diagnoses which is this first column here, which is Box A on this audit tool. So, it’s just a numerical formula. You won’t see it in the CPT manual. This is a common audit tool out there, there’s a little bit of changes and whatever. That one is very important when you get out on the job that you found out who were your top payers and what E/M audit tool did they use? You want to use their audit tool so that you can make your documentation is supporting the levels that you’re coding out and billing out. A lot of the Medicare folks do free trainings and they will share the forms that they use. A lot of them are permutations of this one. I believe this came from – was it Marshfield, something? Where they kind of developed this and they shared it with the MGMA (Medical Group Management Association). It just kind of, had been out there being used by people to some degree. So, hopefully that will help with that a little bit on medical decision making. It’s one big piece of the E/M puzzle.

We did have someone asked about do we have an E/M course? I did want to show you on our website CodingCertification.Org, it is a class. The Blitz covers the E/M but we only do about 90 minutes on it. If you want to go to the Continuing Education tab on the site you’ll see there is one for modifiers and this one here for E/M, so just click on that. This is a three-hour class. It’s worth three CEUs and I go in to a lot of examples and I really break down how to understand E/M. It’s a $147 for the online version. If you want it on DVD it’s a $167.  If you liked the way I explained it on the Blitz, but you thought “Oh, I need a little bit more,” this will give you that extra and goes over some examples too.

Alicia: Another nice thing about that is our PBC students get that in their package, so they get that free. I’m always telling them if you’re still hesitating on E/M, go ahead and look at the CEU package because it will explain it in such detail. 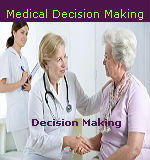