Mental Health – This question came in and took me a few minutes to figure out exactly what they were asking, but once I did a little research I got where this person was coming from.

A: When you go look up in your tabular V71.09 states that it’s other suspected mental condition. Let’s get some background and that will tell us, I believe what we need to know.

The Diagnostic and Statistical Manual of Mental Disorders (DSM) – You’re going to go and we’re going to be working with DSM from this point on. The axis is referring to how they determine what’s wrong with their patient. Again, this is for mental health. 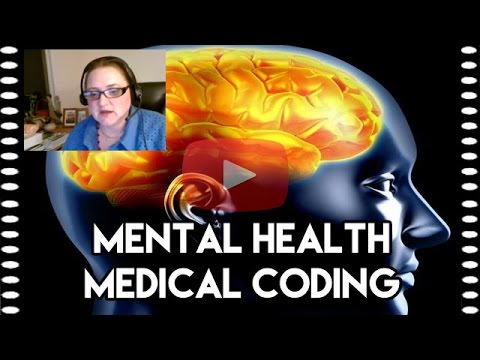 Axis I refers broadly to the principal disorder

Axis III lists any medical or neurological problems that may be relevant to the individual’s current or past psychiatric problems;

This is all based on mental health. So, if we’re going to see a breakdown of that, we have to think “other suspected mental condition,” but there’s no diagnosis. With this particular scenario we have, here is the impression: Axis I: No diagnosis, Axis II: No diagnosis, Axis III: None, Axis IV: Educational problems and Axis V: GAF=85.

Let’s go look at this other one: Axis I: No diagnosis. It’s not saying that they don’t have diagnosis per se, it’s other suspected mental condition with no diagnosis is what they’re saying.   Axis II: Borderline intellectual functioning, Axis III: Fetal alcohol syndrome by history (they know that), Axis IV: Occupational and educational problems, and Axis V: GAF=75.

What that is telling you is that this right here is on Axis II, which is any personality disorder that may be shaping the current response to the Axis I problem, the diagnosis you’re going to be able to state – wait, I don’t want to say the wrong thing – other suspected mental condition.

Same thing with II: personality disorder that may be shaping the current response to the Axis I – again, other suspected mental condition. OK? So they don’t have a diagnosis yet so they gave him V71.09.

I hope that helps you. Mental health is not something that I’m most familiar with, but as the tide is starting to change and we’re seeing that there is more need for mental health in our society, then I think we’re going to see some more specialties in this for coding. So, it’s a good thing to get familiar with it.