This one is really interesting. I can see how it’s very confusing. It’s not just confusing for new coders, but it gets confusing for experienced coders, too. The verbiage, the terminology kind of overlaps, like what do I need to do? 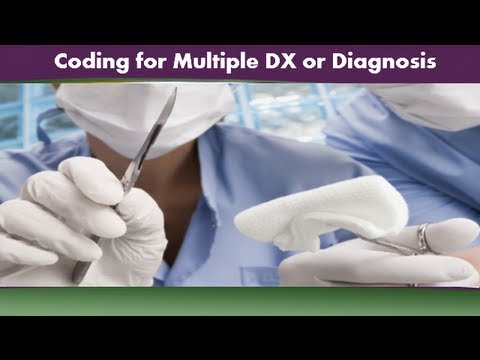 The question was: If a chart has documented that the patient has substernal chest pain radiating to the left shoulder. When pain is at its worst feels pressure. Should she code only 786.51 or 786.51 AND 786.59? Can we code two in the same category?

Let’s go look and see what we’ve got here. So, 786.51 is chest pain or precordial pain. So, in plain English, what does that mean? – This is really important because if you don’t know what precordial pain is you’re up a creek. So, that’s where the definitions and anatomy and physiology really play a part in the coding. So, you use this code to report precordial pain or chest pain over the heart, at the bottom of the chest, below the left nipple. Think of this on a man not a woman, because anatomy can be up or down on a woman.

Think of this in a square, so you kind of think, picture this is a square. Now, 786.59 – chest pain, other; discomfort in the chest, pressure in the chest, tightness in the chest, and this is going to exclude pain in the breast – and they give you the code for that. So, other forms of chest pain or discomfort such as tightness of the chest. Now, the reason she is questioning this is because both apply one way or another. She is saying, “Can I use both of these codes to list what’s going on with the patient?” My first thought was, “No. You need to come up with the best definition.” But what they’re saying is, okay this person has the first code. That really applies to what they’re having, but did they take a deep breath? It was something like that. Then, it changed. Then they’ve got that pressure and tightness in the chest. That’s actually a different description.

The answer is yes you can use both of those codes. What I think I would do in this case is I would query the physician. Go in and ask him, show him what your choices are and say, “I just want to make sure that I understand the documentation.” This is really easy, you can show him. If he says, “Yeah, it’s both.” Go ahead and code both. Now, your second thought is, “OK. Is this going to give me any trouble on the other end?” Ultimately, it falls to the payer, okay? The payer may say “No. You need to give me one or the other.” Or the payer may say, “Yeah, that’s fine. We don’t care.”

So he documented that both of those applies so you could use both of those codes. You can use both of those codes if in the same category if they apply. It doesn’t happen very often. The payer may look at it and say, “No. You need to use one or the other.” Then, again, what I would do is I would tell the doctor, “Blue Cross Blue Shield of Texas said they want you to use one in this section which best describes in your opinion.” Give him your choices and he’ll say “OK. Take this one.”

That’s the steps that I would take. I would say yes, you could probably use one. There’re no rules or regulations that say you can’t. Your job is to code to the highest specificity from the documentation you’re given. Get a full description; make sure there’s no other code out there that is better, and there isn’t. But, I’m saying what if there’s a 787 or something that might fall into that? Check with other coders if they’ve had that experience, query the doctor, make sure that you understand his documentation, and then ask your payer if you think it’s going to be a problem. 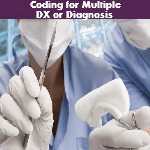