What about Combo codes? When you’re dealing with ICD-9, you are going to see combo codes – meaning, two codes to explain the one disease process or what’s going on.

That’s kind of like up here where we had acute and chronic. Let’s say our person had acute cholecystitis with cholelithiasis – that word right now just means they have a stone. I may not repeat that word because I’m just going to say stone because that’s a hard word to say. So, 574 is the basic category for having a stone – and that’s a stone in the gallbladder, not a stone in the kidneys. Don’t get that confused or anything. That’s common to have stones in the gallbladder. 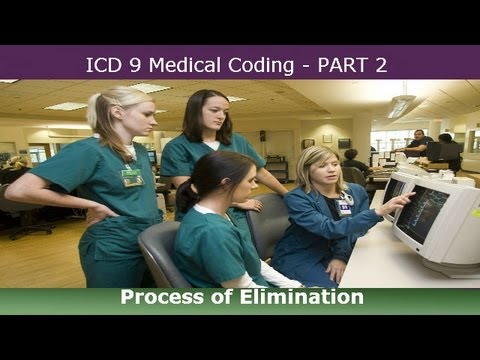 I’m just kind of explaining these codes and then I’m going to show you how you’re going to be able to break those down and make quick picks here just a little bit. So that’s a combo code concept. What about dual coding? Again, like the other one, do I have to use more than one code? Now, up here for this late effect, 438.11 it explains it all. We’ve got two separate conditions but we got one code that explains it. Same thing with the respiratory failure, one code explains two conditions.

Dual Coding really comes more with manifestations, and nothing in ICD-10 for education is easier to explain guidelines in diabetic codes so I’m constantly referring back to diabetes codes because just about every ICD-9 guidelines in a way you come back to diabetes. So, our patient has diabetic neuropathy. The code for diabetic neuropathy is 357.2, but you just can’t code 357.2. When you go look up 357.2, it tells you code first the underlying disease, and249.6 is a diabetic code – meaning something happened that made them diabetic for a short time. But 250.6 is a regular diabetic code – that means they’re diabetic. The basic diabetic code is 250.00, that’s a default code for diabetes. If your doctor doesn’t tell you what type of diabetes that your patient has, the default is 250.00 because 98% of all diabetics are type 2 diabetics and that’s acceptable to use that, unless you’re told that it is type 1 or type 2. So now we know.

The 250.61 is diabetes type 1 because the last digit right here is going to tell whether it’s a type 1 or type 2, and if it’s controlled or uncontrolled. Now, just jumping ahead real quick it has to state uncontrolled for you to… the word has to be there for you to actually use that code. But right now, we’ve got diabetic neuropathy 357.2 we can’t use it by itself because this guideline right here with that code told us we’re not allowed to do it, and so we have to put a code in front of it. So we have to explain what type of diabetes our patient has.

Let’s say that our diabetic is a type 1 diabetic, although this doesn’t tell us, so really we would use a zero. Let’s say it’s a type 1, and the manifestation with neuropathy is 250.6. So, 250.61 diabetes with neurological manifestations, type 1, not stated as uncontrolled, and then you would code 357.2. Always trust the index, like I had said before. 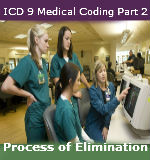