Laureen: Q: This question was: I was reviewing Laureen’s Blitz Video yesterday on radiology and I wanted you to clear up something for me. She stated “supervision and administration…”

If you could just click on the answer sheet –

Laureen: This is something – we answered this and I went and searched our website and I found a video answer that we had down on a previous webinar but it was 2012, even though the answer is still the same, I thought it was worth answering again because this is a topic that really seemed to some people in the radiology section of CPC exam, how to understand supervision and interpretation, what does that mean?

Just keep scrolling down past the green… and I want them to see the little clip of my CPT manual, there you go. 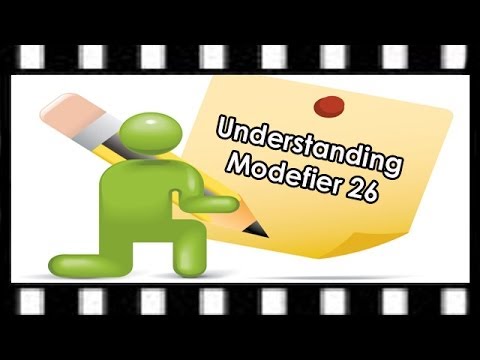 Laureen: Right there, for those on the Replay Club I gave you the link to the previous answer that we did on this. Right below it, this is how I teach it in the course, “supervision and interpretation,” when you see that you want to think this is part of a two-code story, okay? If you look at these codes and I just grabbed a little quick shot of my CPT manual, you’ll see right below 20225 in the parenthetical note, it says: “For radiologic supervision and interpretation, see 77002.”

These two codes in the 20,000 series are in the surgery section of the musculoskeletal system, so they are surgery code. Then, there are corresponding radiology codes that go with it, it’s part of a two-part story. The history on this is way back in the day they only had one code to represent one of these types of procedures. They were finding that – because the intention was one guy was doing it or one woman, but sometimes they actually bring a surgeon in to do the surgery piece and then the radiologist would do the radiology piece and they couldn’t figure out mathematically how to divide the codes because in some cases the surgery piece was a lot more of the pie than the radiology and vice versa.

So they just said, “You know what? Let’s just have separate code. So, you use the surgery codes for that piece of the story and you use the radiology codes for that piece of story. ” If the physician that you’re coding for did both pieces then you code both codes, if they only did one piece you just code the one piece. So, all that “supervision and interpretation” is a heads-up that it’s part of that two-code story.

Did I – didn’t do the guidelines a little bit below that?

Laureen: OK. Yeah, there’s a little more in purple there. So, for some reason this gets confused with modifier 26 for the professional component. I hate to even say it here because I don’t want you thinking has anything to do with it; but because it always gets confused, I just want you to make a note somewhere in your manual, the radiology guidelines perhaps, where they talk about supervision and interpretation, that is has absolutely NOTHING to do to with modifier 26. This means, professional component (Interpretation & Report) is normally how people will phrase it. The only thing in common is they share that one word “interpretation” but they’re two different concepts in the radiology section.

With modifier 26 you’re just trying to – if you append that modifier you’re telling the story to the payer that your physician should only get paid for the professional piece. In other words, they’re not a freestanding radiology clinic that should also get paid for the x-ray equipment, the rad tech, the technical piece. Two different pieces, so S&I has to do with being part of a two-code story and 26 has to do with professional component only on that. OK? Hopefully that will help with that, and if I said “supervision and administration,” then that was a slip of the tongue and I meant “interpretation”.

Alicia: Good job. And then reiterating, Laureen has a CEU package for modifiers so it has the modifier in it, amazing tool. When you have the concept, does it take away money or does it add money or does it stay the same, that kind of helps you understand that as well. I think.

Laureen: All about the money.

Alicia: Yup, all about the money. 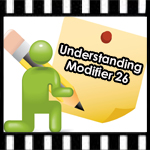