Oh, look, another slide with something I absolutely enjoy and love. So, some of you know I have a background in Risk Adjustment HCC Coding, I absolutely love it, which is not surprising because I love diagnosis coding. ICD-10, ICD-9, it doesn’t matter; just let me play with all of it. Well now, there’s a credential for risk adjustment coders called the CRC, and I was able to take that which I think it’s about two months ago. It came out this year. I sat down, took that credential, it’s fabulous to have that credential.

Well, we have a fantastic course that that’s something that you’re going to look into. I keep saying it’s the wave of the future, you know Medicare, this is how reimbursement is based normally on the CPT codes, what you do to the patient. But with Medicare and the MA plans, it’s not. It’s the level of chronic illnesses that your patient has, so they’re projecting, they’re doing a risk assessment about how much they need to set aside for the future and keeping your patients healthy or maintaining their health. 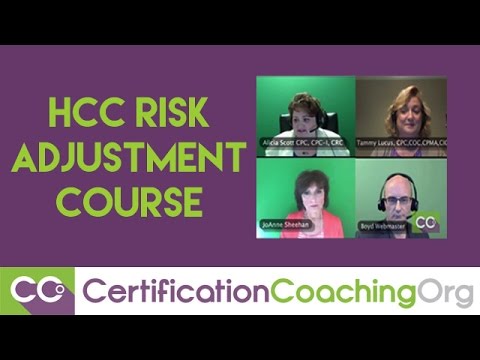 This course teaches you all about Risk Adjustment HCC. It’s jam-packed, full of fantastic information about diagnosis coding and that behind-the-scene stuff. Now, I was going to ask JoAnne because she made a comment the other day and I want to bring her in here, this is such a big deal. JoAnne, as having a billing company, she was saying that the doctors were getting their checks for the year on the risk adjustment. Tell them what you found out, they came right to JoAnne for help.

JoAnne: Yeah. That’s where I spent most of my day today going through how billers did not capture all the diagnosis codes that the physician actually wrote on the encounter form. This one particular practice that deals with a pool of doctors of 200, lost, she was complaining 50 to $100,000 for her practice, and now I have to go in and audit and do a special alternative submission. It’s not claims, it’s a special form that the IPA designed to fill in the blanks where the billers did not pick up those additional diagnosis codes, but everyone in this pool of primary cares have to do it in order for the doctors to get this bonus check. And, of all the doctors in this hospital, only 2 out of 400 did it; and so, it’s like out of control and no one knows what they’re doing. It’s really huge, and it’s the way of a future, you have to understand it, because it is different than the medical necessity coding of what we’re used to doing and it’s really a whole different approach, but it is very important and the doctors don’t like losing money.

Alicia:     They need somebody that’s actually trained in risk adjustment.

Alicia:   To be able to identify because it is completely different. I mean, it is like a sister to coding, but it’s not. There’s nuances that… the guidelines are different and the rules are different. So, again, if this is something that you’re interested in and you like diagnostic coding, you like looking at a patient’s record over a year period of time versus multiple patients, this might be a career for you and there’s a big demand for risk adjustment.

JoAnne: But, did you know that they had money linked to every diagnosis code? It’s like, I didn’t realize that.

Alicia: Yeah, now that’s another thing that will explain if you get into the CRC. In the past, people thought it was only Medicare that did this, and now with the Affordable Care Act, every insurance has looked into Risk Adjustment Medicaid as well as all of your gold, silver, bronze – all of them have to do it. Again, I suspect that in the next five years we’re going to see a huge switch, will switch to reimbursement being on diagnosis. 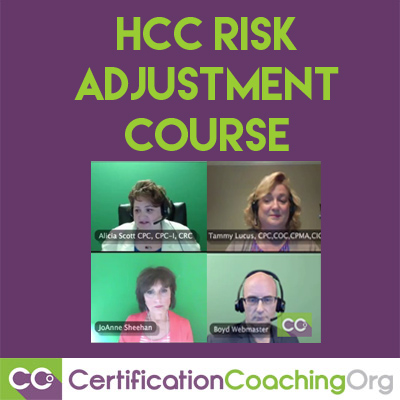