If you work in healthcare, you know all about — or should know about — the International Classification of Diseases (ICD)-10 codes. ICD-10 is the most recently updated version containing 70,000 codes, a significantly higher figure than 13,000 codes included in ICD-9. We note that with electronic medical records increasingly replacing shorthand patient charts, medical coders are expected to find their job more demanding. And last October 1, all healthcare providers had to start using the ICD-10 diagnostic code set to file claims with Medicare, Medicaid and private insurers. Source: http://www.cio.com/article/3008725/healthcare/10-amusing-icd-10-codes-doctors-just-might-need-this-thanksgiving.html

The first few weeks after the transition have been relatively quiet within the industry. Early reports describe initial issues as manageable and localized. However, it is important to watch how the transition unfolds among smaller health plans, individual and small group providers, and community or rural hospitals who may find it more difficult to weather some of the bumps that will be part of stabilization. Source: http://managedhealthcareexecutive.modernmedicine.com/managed-healthcare-executive/news/icd-10-transition-what-s-next 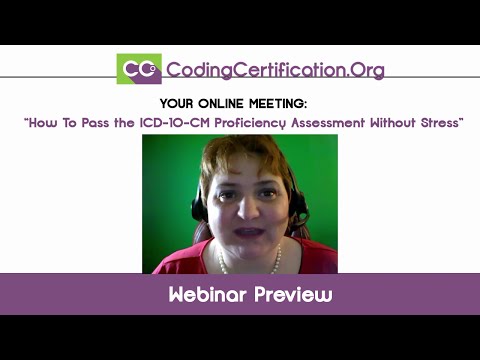 In an recent article written by Greg Slabodkin regarding ICD-10 transition, they have conducted two separate surveys, one for a consulting firm called Kaiser Permanente Medical Group (KPMG) and the other is for doctors by physician social media network (SERMO). The two new polls show mixed results since the Oct. 1 ICD-10 compliance date went into effect. While a survey by consulting firm KPMG found 79 percent of responding healthcare organizations believe the code transition has been successful to date, a separate survey of doctors by physician social media network SERMO indicates the new billing codes are taking time away from patient care.

“We’re still in that gray area where claims are still being processed by payers, so I would expect the number of technical-related issues to increase in the January/February timeframe,” says Todd Ellis, managing director in KPMG’s healthcare practice. “Very few payments have been made. The ICD-10 journey is not over yet.”

In the SERMO survey, physicians were asked if the new requirement to use ICD-10 has taken away time from patients. Two-thirds of responding doctors said yes. The poll of 1,249 physicians was conducted from November 20 to 30.

“We have seen a decline with our clients in terms of coder productivity by around 10 percent,” he acknowledges, yet emphasizing that it is a far cry from the 30-40 percent reduction reported by other industry surveys. “As we go through this upcoming calendar year, I think that productivity will increase.”

Although it seems the transition to ICD-10 was largely a success, it is clear that more work needs to be done in order to maintain that success.

To learn more about this data, visit http://www.information-management.com/news/data-management/icd-10-at-day-60-better-data-not-better-health-care-10027818-1.html

In our next post, we will talk about the benefits and long-term impact of ICD-10 transition, new bizzarre ICD-10 codes, and lessons learned during the transition! Stay tuned… 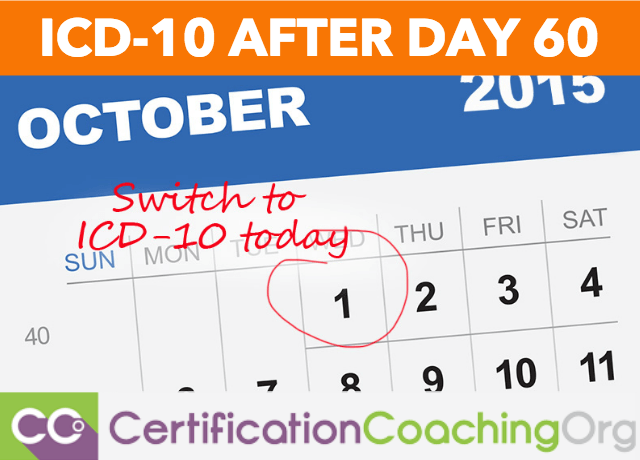