Alicia:  Oh, good, wound care. You guys, I really like wound care. You keep saying, “Is there anything you don’t like?” Yeah. I don’t like E/M leveling but wound care is really fascinating and I’ve wanted to for a while to talk to you guys about the different types of Wound Care Coding and get more involved with that. But, this person asked for a little bit of elaboration about wound care and without giving you codes, I’m going to tell you the areas that you’re going to find wound care and if this is something that you’re interested in and there’s plenty of work in this area as a specialty; then, these are the things that you need to know and this is some resources for you as well.

Q:  [Wound Care] Can you elaborate on wound care coding?

A:  Again, it’s a fascinating area; wound care clinics are all over the place. I got some of these information from this www.healogics.com and they have over 800 wound care clinics and did a lot of specialty work. But they are saying that: Why would you need to know wound care? Why is this area growing? And this was a really interesting statement, it says: “Diabetes affects 8 percent of the total U.S. population – an estimated 25 million people – and 26 percent of Americans over 65. The incidence of chronic wounds, especially foot ulcers, increases among those diagnosed with diabetes. Patients with diabetes are 10 times more likely to require amputation at some point in their lives. Each year, approximately 700,000 diabetics will undergo amputation.”

Why would you need to know Wound Care Coding? – Video 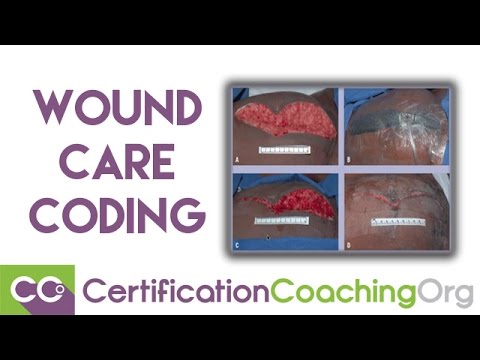 Now, that’s just diabetics in the wound care that is involved with them. There are all kinds of wound care. Before we go into some more, you have the diabetics, but one of my coworkers when I was working in home health broke her ankle and there’s just not much skin on that little bone sticking out of your ankle and she ended up going through a wound VAC trying to get that thin layer of skin built up there. Then, what happens, she was allergic to the metal that they put in to pin that together, ended up… once she went through hyperbaric chamber, all these stuff, they had to go in and take it out. She had to do the whole process again.

Again, this is not just an old people thing, not just a diabetic thing. This also happens when people get bit by snakes and spiders and stuff like that. It’s quite a vast area. But to sum it up a little bit, the main gist of it, this is not really wound repair coding because that falls into, when you get a laceration and they go in and stitch you up or they remove a lesion, I wanted to say that with wound care coding you do location, length, and complexity. That’s pretty much it. You can do that with this, but these are people in clinics that specialize once the wound has got a problem, there’s a complication, it’s not healing normally, it’s more than the average wound.

What kind of treatments are going on with that type of thing? Well, the common treatments are going to be therapy to improve the circulation. We have edema that happens with these wounds – edema reduction therapy. Then we have wound debridement. This is something that when you go to take your CPC exam or you’re working, debridement kind of always throws everybody, where, is this a complex wound, intermediate? And there are different types of debridement and stuff.

One of the other things that they’re doing is topical growth factors/skin. There are all kinds of fascinating things that they do to help repair the skin and synthetic skin tissues and stuff. Then, they’ve got specific wound treatment products substitutes and pneumatic compression therapy – and we’ll talk more about that.

These are just the common treatments. If you want to get into wound care, then these are the types of treatments you need to go and read about. How does it work? Why would you do it? What body parts would you use specific things? What’s the latest in those areas?

What types of providers are going to be involved in wound care? You’d be surprised because I was surprised a little bit about these: vascular medicine, vascular surgeons, internal medicine, podiatry, of course, because so many diabetics have problems with their feet, physical medicine and rehabilitation – if you have a wound care problem and you have to have your toes amputated, it’s really hard to walk –and then of course dermatology; that would be expected as well, as you’re closing those wounds. You could also have a little bit of dermatology and I would think even plastic surgery involved as you’re trying to cover up and move some of the tissue for these wounds. Go in and do some investigation on these specialties and see what the latest is and the greatest and what’s going on.

Advanced Wound Care Treatments – This is the latest and greatest that seems to be working and at the bottom of this, I love to throw in pictures. You don’t have to look. There are two kinds: Negative Pressure Wound Therapy, so that’s a wound VAC and that’s NPWT (Negative Pressure Wound Therapy). But if you just put in Wound VAC, you’ll get plenty of information. It works, I’ve seen it done.

Hyperbaric Oxygen Therapy (HBOT), and that’s where they put you in the hyperbaric chamber. We think of the hyperbaric chamber is when those divers go down and they get the bends, they get the oxygen in their blood and stuff; but it’s also great for wounds. There are some wounds that it does fantastic for and there are some wounds that it doesn’t work for. That’s a science in and of itself. There are particular spider bites that work really well in the healing and it does the opposite for another type of venom, so it’s really cool to learn that. If you get a chance, go visit a wound care clinic and have them talk about their… one of my local chapters we went and did that.

Why do they do these two? Well, because it helps with the wound closure, it gives new tissue growth and it’s wound tissue regeneration. Those three things you Google those, you’re going to find a vast amount of information that you need to study and understand, like, the disease process of what’s going on.

If we look at those pictures, most wound VACs this is an abdominal laparotomy that got infected. There’s the large wound on the abdomen, they pack the wound with a sponge and then they put this vacuum tube in there and they seal it with the plastic and then they turn this on. It’s got to have a really good seal and it literally goes… you hear a constant noise and it’s sucking, literally sucking the pressure. It’s pulling all the circulation, all the oxygen, all of the good stuff up, and then see the difference after a while and then the tissue heals from the inside and starts coming together. It is really significantly an improvement in wound care.

Then, down below this is what hyperbaric chambers look like in the Wound Care Center. You have to take off… I don’t want to say all your clothes, you can’t have any metal or anything digital and stuff. It’s a very long process because they build up the pressure and then after they keep it there, they got to release it after a long time. This is something that takes several hours. There’s an exact science, nurses and doctors specializes, then go to conferences and stuff. But they have TVs. I’ve never seen really any places that didn’t have more than three beds. You can imagine how expensive these beds are, but a wound care clinic off of a hospital or something, they’re definitely going to have a hyperbaric chamber and it is amazing the results that they get from this. That is something to study as well. All kinds of information out there, and we’ll try to add more wound care specifics and how to code scenarios in the future because there’s a lot of requests for that.

Laureen:  I used to do billing for a wound care specialist for a brief period and it was very interesting but very gross because…

Alicia:     Lots of pictures were taken.

Laureen:  On the claim form type in the description of the wound and you think, OK, but there are so many adjectives that this gentleman would come up with for describing odors. They have to have the odor, look…

Laureen:  He loves what he did and his email address, I won’t give you the whole thing but let’s just say the handle was “wound dude.”

Alicia:  Another thing, you bring up a really good point, because you have to be incredibly descriptive in wound care, they want to see improvement and the only way you can see improvement is the smell. That’s very important. The length, the size, the depth, the texture – all of this stuff makes a difference and they’re constantly taking pictures, tons of pictures.

Boyd:  Are there any new codes in ICD-10 for odors?

Laureen:  We’ll have to check that out. Boyd, you’re starting to think like a coder.

Boyd:  I looked at that sweater analogy that Alicia provided for us, the basic and then the 20 variations on ICD-10.

Alicia:  That’s a project for people to write in to the forum, how many funny and unique wound care codes? 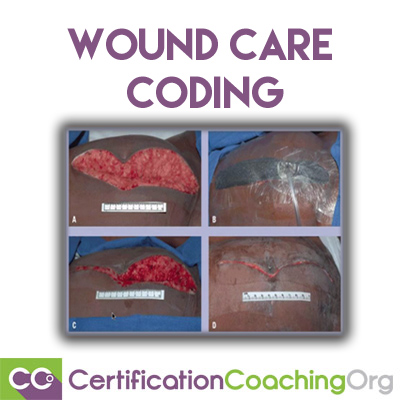 2 thoughts on “Why Would you Need to Know Wound Care Coding? – Video”