Q: Coding Metastatic Breast Cancer Diagnosis – “If the only documentation is metastatic breast, how can I code it like a secondary, or do I code it as a secondary or primary site?”

A: Well, it’s very easy to get confused, like I said, but you have two options with it just saying metastatic breast. You could go with C50.919 – malignant neoplasm of unspecified site, of unspecified female breast. That is an option but a better and the best option is C79.81 – secondary malignant neoplasm of the breast. I’m going to now explain why that’s the best choice.

There’s a coding note that I found that’s really worded well, so I took it from that site. I noted it there. When neoplasms are malignant, you get to review the provider documentation to identify the primary site and any secondary, and notice I put in brackets here (metastatic) sites. Look for documentation that identifies the spread “from” the primary site “to” the secondary site. The reason this really popped for me is because they said secondary metastatic site. 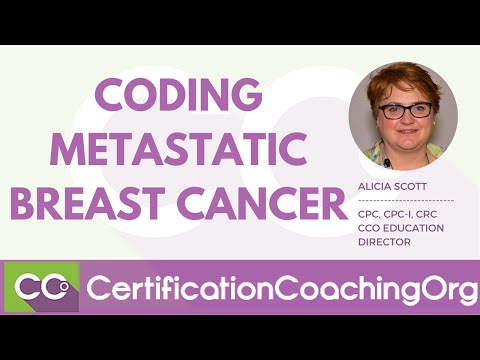 Now, let’s look into this a little bit more, again the footnote on there is a great site. That site is will be in the Replay Club and you can bookmark that site, http://ICD-10online.com which is fantastic. As we scroll down here’s a couple other things that I found on this website that again really, really popped for us. What is metastatic cancer? Now, as you’re coding, you learn this very quickly because you’re tested on it. So, one of the things that is covered frequently; however, the lingo and the verbiage sometimes you get kind of confused because they’re throwing all these stuff at you. To metastasize is to move from one place to another, so we’ve already know that. We’ll say that’s something that’s kind of easy to remember.

Now, as you scroll down just a little bit more, here’s the key, I bolded it for us – For example, breast cancer that spread to the lung and forms a metastatic tumor is metastatic breast cancer, not lung cancer. That throws people, and the way they know this, if we know the behind the scenes, when they actually look at the cells, they go in they look at the cells, the cells stay the same. So, if it’s breast cancer cells – cells that went haywire, no longer doing what they’re supposed to be doing for whatever reason – and it goes into the lung, it’s breast cancer cells in the lung. That’s how they know that the lung is the secondary side.

What happens when you say metastatic cancer cells, and the cells of the original cancer usually have some features that are the same. That was off of www.cancer.gov. Fantastic information there. 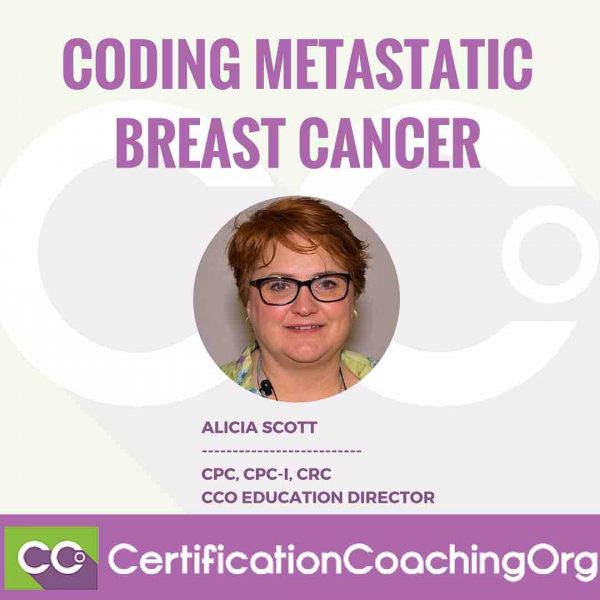